Optimize before you build!

How you can save money, save time and avoid conversion killers

Our client T. successfully runs a commercial website in the education sector. The web design is quite outdated. T.decides to do a relaunch with a modern, state of the art design. The relaunch costs him 19.000 Euros – not considering his inhouse costs for the project management. After a few months the new version finally goes live. T. and his team are enthusiastic about the new look of their website…

The next day begins with a shock. Google Analytics reveals a decrease in conversions of 43% since the relaunch. T. decides to investigate further. After one week the Conversion Rate remains at a significantly lower level. T. and his team decide to run website tests in order to measure the performance of the new version against the performance of the old version. After 2 more weeks and around 120.000 website visits, the result is obvious: The Conversion Rate of the relaunch version is 55% lower than that of the old, “ugly” version.

T. immediately switches off the revamped version and the old version of the website goes live again.

After extensive analysis the Conversion Rockers reach at the conclusion that the design patterns and page structures of the relaunch version – great to look at – don’t help their conversion into sales.

It would be possible to optimize the existing design, but it’s clear that such a website wouldn’t be reaching its full potential. In other words: The 19.000 Euros for the relaunch were for the trash can.

T. decides to start over with another relaunch with a different web designer. And this time he takes the Conversion Rockers in an advisory capacity on board from the beginning in order to ensure that such a conversion disaster will not occur again. The cost for the second relaunch:

Together we are running split tests and fine tune the web designs until their performances are convincing.

Whilst the conversion-killing version was online it costs T. several thousand Euros just in lost sales in addition to the design and programming costs of 19.000 Euro.

Furthermore the delay in launching a better converting website costs another 5 digit figure – a rather expensive transaction.

Avoid Conversion Killers before investing in a new web design

Most websites contain severe conversion killers, which could have been easily avoided before finalizing the designs and – even more – before programming the website. We help our clients avoiding these conversion killers and building great converting, great performing websites. Therefore we highly recommend to at least get in touch with us and discuss the possibilities of optimizing before you start investing money in a certain design and its programming. Whether it is a startup with an entirely new website or a relaunch of an existing website. Just get in touch with us for a confidential, friendly chat. You never know it could be the best chat you ever had!

Next article >
↑ Back to top

Whatever your requirements, we will be glad to discuss with you the possibilities – free and confidentially.

and let´s have a casual chat – no strings attached! 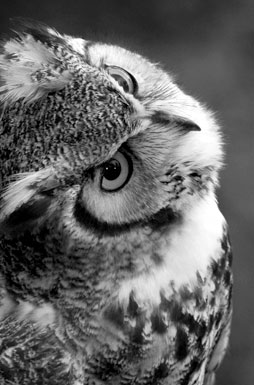 Thaaat’s right: This is just one of
our many conversion tricks.

You were about to leave our website and look at you now, still sticking around, reading another message from us about cool conversion tricks. Stop wavering around and get more conversion tricks that really work and boost your Conversion Rates: